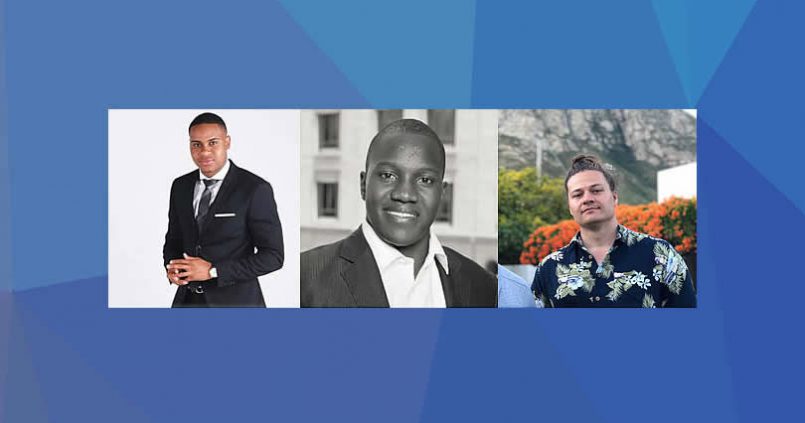 Melvyn and his co-founder, Andrew Barnes founded GO1, a training solution that brings together training content which is accessed through an easy-to-use online platform. Today, the company is recognized as a world leader in employee compliance, professional development and on-boarding training. It is backed by investment from the likes of Y Combinator, the University of Oxford and leading venture capitalists.

The company employs over 157 people, was listed in the global Disrupt100 as one of the most disruptive companies in the world and was listed in the Deloitte Technology Fast 500, based on percentage fiscal year revenue growth over three years.

Since forming Nyamakop in 2015, Kimani and Myres have built their studio into one of the most promising emerging startups in African game development.

By end 2017, Nyamakop had signed a multi-million rand publishing deal with renowned videogames publisher, Good Shepherd Entertainment and courted a rare access to Nintendo’s newest console, the Nintendo Switch.  The game would be the first African developed IP to release on a Nintendo platform ever.

Myres co-curated Africade, the first gallery exhibition to focus solely on African video games. In 2015, Myres was named one of Mail & Guardian’s Top 200 to watch.

4 April 2018 – At a gala event held at the University of Johannesburg Art Gallery on the evening of 4 April 2018, emerging visual artist Chris Soal was announced as the overall winner of the PPC Imaginarium Awards 2018.

The 23-year-old sculptor, a fine arts graduate from the University of the Witwatersrand, garnered R150 000 in prize money, and participation in an eight-month-long nationwide traveling exhibition.

April 2018 – TED2018: Steve Boyes and a team of scientists have been traveling through the Okavango Delta, Africa’s largest remaining wetland wilderness, to explore and protect this near-pristine habitat against the rising threat of development. In this awe-inspiring talk packed with images, he shares his work doing detailed scientific surveys in the hopes of protecting this enormous, fragile wilderness.