On Saturday 5 November nearly 50 guests finally sat down to dinner in the OJ club. Of course shepherding cats would have been far simpler! At the party were 28 old boys from 1976 Upper V with significant others and guests from the school – we were all pretty engrossed catching up and trying to guess who the various late arrivals were.

The weekend of events was a superb idea – some of us had been guessing (and trying to remember) each other’s names since drinks at the Johannian Club the night before. The school tour on Saturday morning was a marvellous opportunity for reminiscing….Not sure though if we resolved which snorer had their bed carried down into the Clayton quad all those years ago. Occasionally Mr Daniel Pretorius (St John’s College) could update us on a few of the changes at the school, but he was up against too many memories tumbling out. Saturday afternoon was given over to the “Hill-House” show – wow the boys have done well! They relayed inspirational, thought-provoking or hilarious anecdotes based on their experiences since leaving St John’s.

31 Old boys managed to make one or more of the events and, together with updates, apologies and/or messages from the 30 who didn’t make it, it was a great turn out of the 88 originals! Special thanks to Chick Forsyth for getting us all together and for all the organising. No sooner was it over than thoughts were surfacing about a 50 year reunion, and then someone mentioned maybe we should do a 45th . 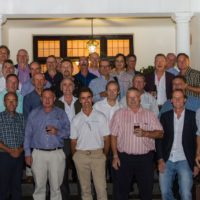 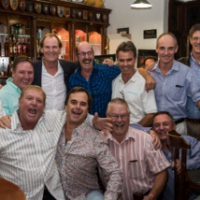 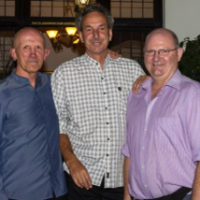 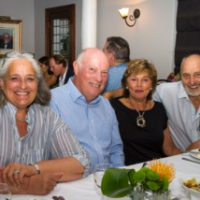