We had a wonderful reunion, and thanks very much to all who were able to attend. Out of the 72 Matrics and 13 Sixth formers from 1958 we managed to get responses from 47, and the actual numbers were 24 for the braai, about the same for the mass and tour of the school, and 41 for the dinner (including partners).

At the dinner on the 9th of March, the Second Master, Rob Long, welcomed us all back to the school with some well-chosen words, praising us as being good examples for the schoolboys of today. Div Geeringh made a brief speech including a hilarious story about how Neil Callie, in chapel on his first day in Lower I, misinterpreted the Headmaster’s command to kneel as a personal summons to leave his pew. James Ridley read a few heart-warming messages from some of our number who were unable to attend, and also described the pilgrimage made by four of us in 2012 to the site where Wordsworth wrote “Tintern Abbey”. It was a bit more serious than the rest of the evening, but it encapsulated the spirit of reminiscence about our “boyish days … all gone by”.

On Friday morning Father Ian Stevens conducted the mass in the All Souls’ Chapel. He spoke interestingly about some of the changes over the past sixty years, one being how the chaplains now need to convince the boys about the rightness of their message, whereas in our days the Christian faith was taken as read and not open to question.

The tour of the school, led by Dr Daniel Pretorius, followed the chapel service. We first went by bus to the Pre-Prep, where we were addressed briefly by the Headmistress, Mrs Jane Lane, who said that the emphasis was on reading books, and enjoying reading them. We did, however, notice a few computers tucked away in the corner of one room!

The bus then took us to the Burger (formerly A rugby) field, where we had the opportunity to see the very well-equipped new gym, and to refresh our memories of the magnificent northern façade of the school, where all the additions since our time blend in so well with the older buildings.

On our return to the top, we were taken around Nash House and then to the History Block, where we saw the plaque recently unveiled by Hugh Lewin, when the block was named after him.

On the previous day, Thursday, the weather was not kind to us, especially since the reunion was planned to open with a braai. Nevertheless, the fact that we were concentrated in the bar area for drinks before dinner provided ample opportunities for getting to know one another again (and for reading the name-tags at close range), and conversation flowed easily and incessantly, even between those who had not seen one another for sixty years. It again proved to be most successful that the evening was restricted to old boys only, by relieving everyone’s concerns that his partner might be bored by the frequent repetitions of “Do you remember?”. 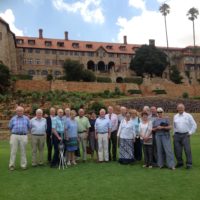 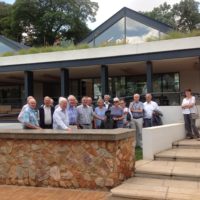 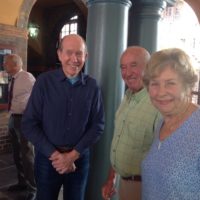 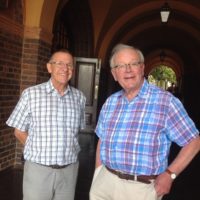 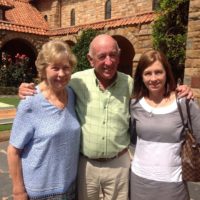 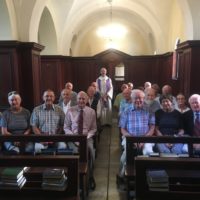 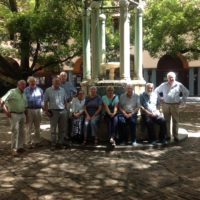 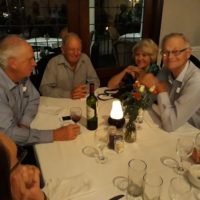 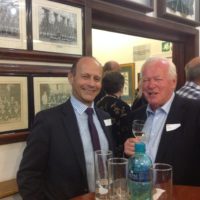 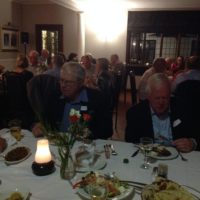 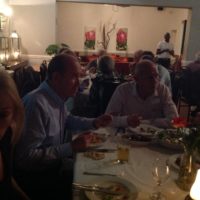 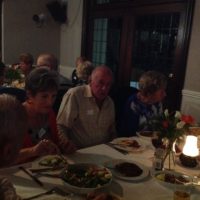