The Upper V class of 2008 gathered for a couple of events over the Gaudy Day weekend (5-7 July). The weekend started with casual drinks with a few old teachers on Thursday 5th July at the OJ Club followed by the Annual OJ Dinner on the Friday 6th, and then a programme of events on the Saturday.

The Saturday kicked off with one of two lunch options. A crew gathered at the Bowl’s Club for old time’s sake, while those who attended Gaudy Day linked up at the OJ Club. After lunch everyone reunited in the arches between Pelican Quad and Amphitheatre. With beers in hand the ’08 OJs gathered in Amphitheatre for an impromptu address by the Headmaster, who regaled them with tales of his application for the role, followed by “Sports Results” from the former Second Prefect, who reported on the accuracy of votes in the 2008 year book for achievements such as “first to have a child” and “most likely to go to the Olympics”.

From Amphitheatre is was up to the Ronnie Grieveson Pavilion for Inter-House Beer Pong. The irony of playing Beer Pong in the DC room was included at no extra cost. A hard-fought tournament was contested by all involved, with Hodgson House coming out victorious in the final. Congrats to Hodgson on the fine Beer Pong skills honed in the last 10 years. In addition, up on the walls was everyone’s school profile picture from Remove (2004), which everyone scrutinized amid much laughter.

After the final, it was onto a bus for a “Sports Tour”. The bus pulled over on Munro Drive for a quick group picture before dropping everyone off at Factory on Grant. At this point partners joined, eager to get new insights into the pasts of their significant other. In order to provide maximum insights, the Former Head of School and Head of Clayton gave a dramatic reading of the personal quotes everyone left in the year book 10 years earlier. Very little additional spice needed to be added.

All-in-all, a fun weekend was had, catching up with old friends and rekindling friendships. Thank you to everyone who attended. 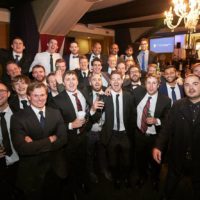 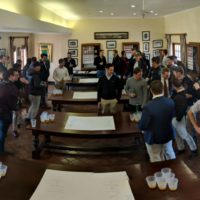 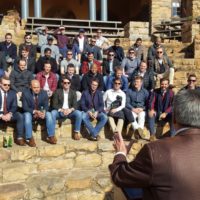