The annual Old Johannian Association Dinner has grown in recent years, and has now outgrown one of the largest halls at the school, Darragh Hall. The 2017 dinner was the largest on record, with close on 370 attendees.

Traditionally the school erects a marquee on Endean field for the Saturday Gaudy Day lunch, and this year the OJA partnered with the school to make use of the facilities on the Friday night. The venue looked perfect and the photo album on the OJA Facebook Group “St John’s College Old Johannian Association” has some wonderful images of the new layout and format.

The OJA would like to thank the many members who attended the dinner, as well as the various reunions that attended, with particular thanks to the organisers of the 20 year reunion (Dave Patricios, Thami Mxadana, Lesego Molwantwa, Greg Kockott and Marc Hauptfleisch) and representatives from the Class of 2007 – 10 year reunion (Alessandro Di Trapani and Mabine Seabe) and Class of 1977 reunion – 40 Year (Chick Forsyth).

Approximately 370 guests arrived on Endean Field as the sun was setting over The Charlotte Maxeke Hospital, a view we all know so well.

The St John’s UIV class took part in the school CEO sleep-out challenge on Burger Field that same evening where the pupils spent the night sleeping out in the cold to raise funds and awareness for the desperately under-funded charity known as Angles Baby Sanctuary. The OJs in attendance generously assisted in raising R10,000.00 towards this noble cause that night.

Dr. Ben Oosthuizen arranged for the College Big Band to entertain guests during the pre-drinks, and once again the OJA would like to thank him and the boys for their annual support.

As the night snuck in, and the temperature plummeted, it took an enormous effort to get everyone to take their seats.

The Chairman of Council, Dr Jon Patricios, officially welcomed all to the 108th edition of the dinner, followed by an address by the new OJA Chairman, Damian Boyce. Damian’s address focused on updating OJs on the running of the association and a key message for many was that he encouraged members to make regular use of the club, and to stay in touch with the Association.

Reshard Kolabhai (Nash 2011) then led the Boar’s Head Choir into the marquee and they performed flawlessly. Reshard has been instrumental in recent years in leading this choir with incredible passion.

Chick Forsyth (Hill 1976 and Sixth Form 1977) gave a moving introduction to our guest speaker, Old Johannian Kim Wolhuter (Hill 1976), a wildlife film maker. A bare footed Wolhuter took to the stage to the soundtrack of laughing hyenas, a sound that he says he hears almost every week while living in the bush. We live in interesting times where most conversations are about the economy or our political climate, so it was refreshing to hear about Kim’s life in the bush.

Kim’s company, Mavela Media, films and photographs wildlife in the most intimate and realistic of ways, always being sure to document animals behaving in the most natural of ways. Since 1988 Kim has made documentaries on southern African Wildlife for National Geographic, BBC, Discovery Channel and Animal Planet.

Kim took us on a journey into the African bush, to a place where he plays with hyenas and sleeps next to cheetahs. The room was silent and you could have heard a pin drop as Kim talked about his time in the bush. The talk ended with the OJs giving him a standing ovation.

The evening ended with the school hymn, and then dancing followed.  The DJ for the evening ensured that there was a festive atmosphere and many couples took to the dance floor.

Many hours of work go into the planning of this dinner and the OJA would like to thank Sandra Lou, Natalie Campbell and the school’s outsourced events company, Kurt Fredericks, Theron Bonnet, Peter Henning and Jacqui Deeks. A big thank you to Mr Paul Edey and Mr Rob Long who assisted the OJA in making this dinner possible in the marquee on Endean.

As Dave Patricios said in 2016, the demand for the Annual Dinner has increased noticeably over recent years and we hope to keep growing the dinner in years to come.

Please also be sure to send your updated info to our OJA office: info@oja.co.za 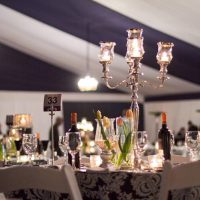 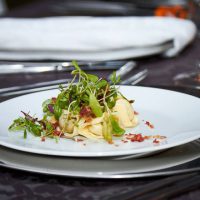 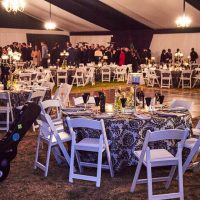 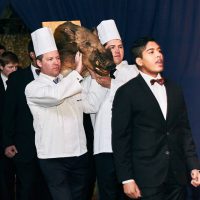 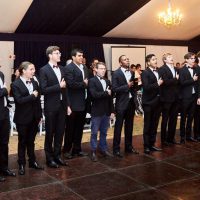 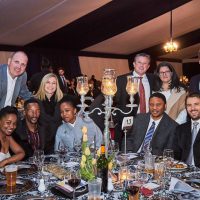 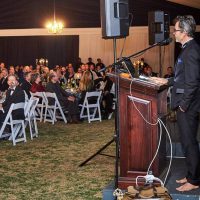 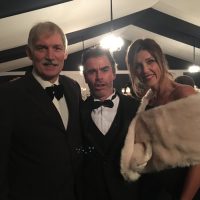 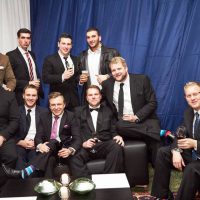 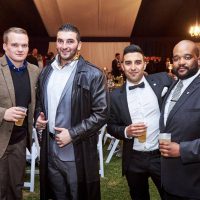 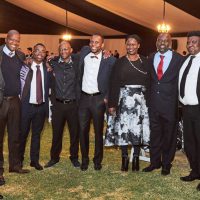 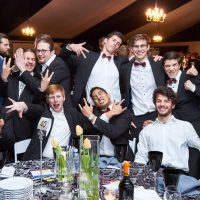 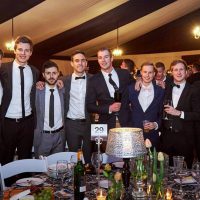 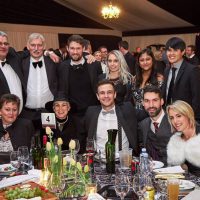 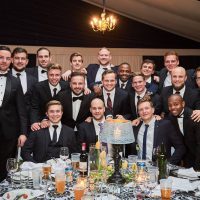 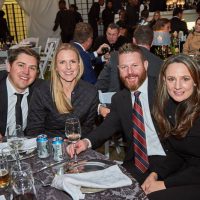 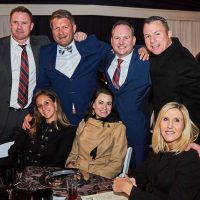 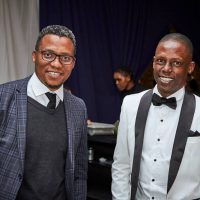 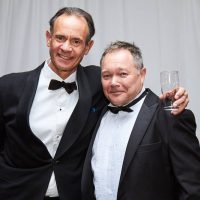 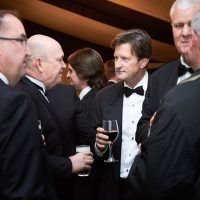 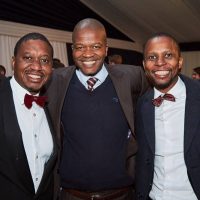 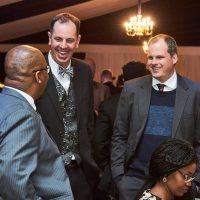 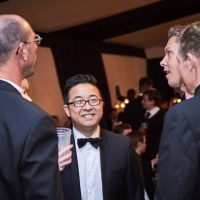 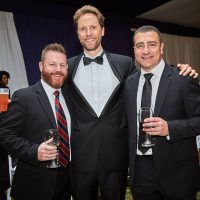